American Right To Life's article The Bible and Abortion documents that 3,500 years ago the Mosaic Law in the Hebrew Scriptures recognized the unborn child as a person. More than a thousand years later Hippocrates, considered the father of medicine, also acknowledged the immorality of killing an unborn child.

Hippocrates wrote in what is called the Hippocratic Oath in the 5th century BC:

"never do harm" and "I will not… cause an abortion"

Medical schools still commonly administer a Hippocratic pledge but sadly, in pro-abortion cultures, they have removed the promise to not kill an unborn child. For as mentioned at Abort73.com, the original oath has been "replaced by vague generalities... and fails to list any of the prohibitions against euthanasia, abortion, and sexual relations with patients (which was prohibited in the original)." So as the American Medical News reports, most doctors who take a modern oath, "the taking of the oath is not... meaningful... but just something that happens" whereas, "Physicians who said religion is important were more likely to say that their medical school oath was influential than were less-religious doctors." And the Center for Bioethics and Culture Network comments, "of course! When the oath you take doesn’t really say much of anything, it can’t be of much use as an ethical guide." 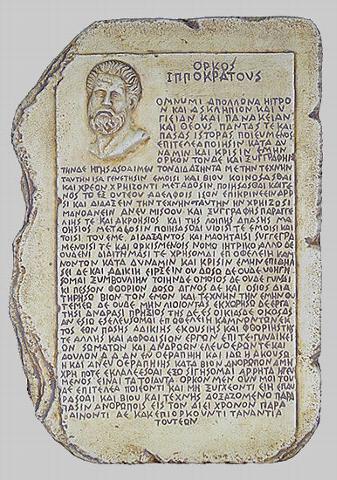 Abortion is wrong because it's a baby, and it's always wrong to intentionally kill a baby. So it is not modern technology that only now makes it evident that abortion is wrong. American RTL urges everyone to refrain from making excuses for Planned Parenthood murdering countless children by saying, "Now that we have 4D ultrasound, we know that this is a baby." The tremendous view into the womb provided by 4D ultrasound, as demonstrated by the American Life League video Baby Steps (see below), greatly helps pro-lifers educate those whose hearts are not already hardened against children. But long before ultrasound, the mutilated body of the first aborted child, and the millions thereafter, testified to the wickedness of child killing.

From the beginning moms intuitively knew to talk about the "baby" in their womb, and the delivery of a baby at term, and earlier miscarriages, provided scientific proof of the existence of that developing baby. Today, 4D ultrasound shows for all to see what has always been known, the precious humanity of the preborn child. So good doctors all remember the hippocratic pledge to first, do no harm!

See also ARTL's article titled Hippocratic Oath, a Serpent, and a Staff about the serpent and staff symbolism in the medical logo.

You're invited also to see our Exceptions page and to watch online Focus on the Strategy III (or via DVD). And remember, we are the makers of the world's largest protest sign against Barack Obama and the Democrats for destroying unborn children.