News Update: For the complete list of the president's 44 potential Ginsburg replacements, and for the true state of affairs, see kgov.com/republican-judicial-crisis. 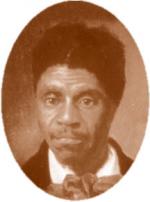 California Abortions Plummet, Without Regulations: (2020 Update) Pro-lifers want to be lied to so they can continue with their comfort-laiden, failed partisan approach toward child killing. California's 16% drop in the abortion rate from 2014 to 2017, and the 60% drop in their annual clinic killings since the 1990s, exposes the lie in the pro-life industry's misuse of statistics. This article explains that abortion rates there and nationally have been dropping even as we lose the war to an immoral culture. For like Colorado, California has enacted no NRTL-approved and-then-you-can-kill-the-baby abortion regulations. Yet California, like Colorado, has seen the same decrease in clinic abortions, while the actual killing remains higher. Here's why.

Colorado enacted no abortion regulations during the years of a much-quoted Heritage Foundation report, yet saw one of the largest drops in reported abortions according to the Colorado Department of Health, from 12,679 in 1990 to 4,215 in 2000. This two-thirds drop in abortions reported by the state is greater than the average drop nationwide in abortion among teenagers of 50% that Dr. New concludes occurred in significant part due to child-killing regulations. How can this be? What's happening with the numbers?

National Right To Life, leading the abortion-regulation movement, promotes the erroneous findings of Michael J. New, Ph.D., who's report was published by the Heritage Foundation in 2007. Titled Analyzing the effect of state legislation on the incidence of abortion among minors, Dr. New claims a positive pro-life result from laws that regulate the killing of unborn children. However, based on the following analysis, abortion regulations may even increase the total number of children killed by abortion. Additionally, there are other factors that can account for some reductions in abortions including increased effectiveness of front-line intervention; the explosion and normalization of non-heterosexual behavior; and other factors causing a drop in overall pregnancy rates.

Disputing Pro-Life Claims for Regulations: Hundreds of pro-life laws, which are child-killing regulations, undermine personhood and the God-given right to life. As such, American RTL rejects them as immoral, and as counterproductive to the goal of eventual legal protection for the unborn. Further as attested by Professor Charles Rice of the Notre Dame Law School, stalwart legal authority of the pro-life movement, these laws can keep abortion legal for years or decades after Roe v. Wade is eventually merely overturned (hear him in the groundbreaking Focus on the Strategy II documentary). The pro-life movement has a vested interest in claiming these regulations save lives, thus we cannot document any attempts by National RTL to quantify the potential short and long-term negative consequences of these laws. Child-killing regulations prune the abortion weed, and strengthen its root. They make abortion look more reasonable and even humane to millions of women, and voters, and to countless politicians and judges, and even to those many Christians who are apathetic about abortion.

Granted, it would be difficult to quantify the number of children who will be killed after Roe is merely overturned, as pro-life laws become the nails that hold open the abortion clinic doors. Dr. Rice has stated:

"If the court says the states can regulate abortion, then to protect the right to life, you'd have to get rid of the 'pro-life' abortion laws."

Indiana Code Title 16, Section 34, Chapter 2. Requirements for Performance of Abortion... 1. (a) Abortion shall in all instances be a criminal act, except... if ...the woman submitting to the abortion has filed her consent…"

Dr. Michael New’s research ignores enormous potential negative effects of abortion regulations as shown above and is therefore fundamentally flawed and gives the pro-life industry a false sense of confidence. This undue confidence could further a pro-life strategy which may result in millions of children killed over years or decades by the permissive authority of the pro-life movement's own regulations.

Netflix & Planned Parenthood: Netflix put Blockbuster out of business. Blockbuster put thousands of mom and pop video stores out of business. This is only the streamlining of the film distribution channel and doesn't mean that people are watching fewer films. Planned Parenthood put many independent abortion mills out of business. (In the 1990s they were even sued FPA, a California abortion chain for unfair business practices. Incidentally, FPA's founder Edward Allred committed Gianna Jessen's "failed" abortion. Gianna's case became public when she testified against another abortionist, William Waddill, accused of strangling another baby who survived his abortion.) Chemical abortifacients, etc., including the Morning After Pill (see 2015 and 2019 reports) are reducing the number of surgical abortions and putting individual abortionists out of business. None of this means that fewer children are being killed by abortion.