American RTL has worked with state personhood leaders to develop a set of talking points for use in defending personhood and answering typical objections. Please send us suggestions for improvements and additions.

Why is Abortion Wrong? Abortion is wrong because it's a baby, and it's always wrong to intentionally kill a baby, and that's because children are made in God's image and God said, "Do not kill the innocent."

Persons not Property: Please support personhood because then the term 'person' shall apply to every human being from the beginning of the biological development of that human being.

Snowflake Children: This baby girl was adopted, like all the snowflake kids, as a frozen embryo. A snowflake child is one of the strongest proofs that the single-celled human is a person. Little Elisha Lancaster, frozen for years, appears in an online personhood video with her mom Maria. Elisha was fully alive, fully human, and not a boy but already a little girl, at the very moment that she came into existence in a laboratory. Then, four years later, this tiny person was adopted, Federal Expressed across the country, and implanted in mom’s womb.

Will the Personhood Amendment Stop Abortion? Our law prohibits the intentional killing of an innocent person. So yes, the illegality and unconstitutionality of abortion will finally be evident. What about Roe? See Dred and Roe v. Wade below.

Isn’t It Part of the Woman’s Body? When the mother tragically dies, oftentimes the baby survives. So the body in your body is not your body. Half the time the fetus is a boy. Always the mother is female. Her son’s Y chromosome cannot be part of mom. So from a single cell at conception he's a genetically distinct individual. And whether it's a baby boy or girl, the baby is not the woman's body, but has his or her own body within mom. A comprehensive list of all the glands and organs in the female body does not include an embryo. Many such observations can help "pro-choicers" soften their hearts to see that a person is a person no matter how small. For example, the unborn baby’s first cry for food is actually a pheromone signal, from one organism to another. A hormone is a chemical signal between glands or organs within an organism, but the baby’s request is a human pheromone. So while still in the fallopian tube and traveling toward the womb, the fetal cry lets mom know the baby’s already hungry!

Would a Mother Be Arrested for Miscarriage? That claim is called fear mongering. History demonstrates the truth. When the nation recognized abortion as illegal, the authorities never arrested a single doctor or woman for a miscarriage. Today in the 21st century keep your eyes open for such fearmongers who will become ecstatic if they find a woman somewhere prosecuted for child abuse for something like addicting her unborn son or daughter to crack cocaine.

What About Bodily Autonomy? If there were no God requiring parents to care for their children, then abortion would not be wrong. You lose bodily autonomy when you become a parent. And a man and woman become parents when the woman conceives. As a parent, for your child to survive both in and out of the womb, he will require your physical body. He or she will also require your emotions and finances, again both in and out of the womb, for survival and well-being. Killing your child at any time is wrong. Any parent who does not want parental responsibility might find another person to transfer the responsibility to, but they are not free to kill their child.

Should Eggs Have Rights? Those who kill unborn children try to dehumanize them by referring to the youngest ones as “eggs.” Confusing an egg with an organism is biological and moral ignorance. The Carnegie Institute’s world-renowned Stages of Early Human Development lists terms with “no scientific usefulness” and says that “the term ‘egg’ is best reserved for… the breakfast table.” Immoral terms like gooks and fertilized egg dehumanize other people to make it easier to kill them.

Won’t This Outlaw Contraceptives? No, recognizing personhood has no effect on contraceptives that only prevent fertilization. However, personhood would prohibit any chemical abortifacient that kills the tiniest boys and girls. When the abortion industry says that personhood would outlaw contraceptives, they’re either lying now, or they were lying then, for they’ve spent decades telling women that such chemicals did not kill a living embryo. Women should know whether or not a chemical would abort their children. Passing the personhood amendment will end these lies.

Won’t This Outlaw IVF? No, recognizing personhood does not prevent bringing children into existence. It would however prohibit the intentional killing of any child, regardless of the circumstances of that child's coming into existence.

Where Do Rights Come From? Human rights do not come from the government, for then they wouldn’t be rights; nor from the majority (consider America and slaves, Germany and Jews); nor from the doctor or hospital. For rights come from our Creator, at that moment we are created, as Jeremiah 1:5 quotes God, “Before I formed you in the womb I knew you.” The Declaration of Independence affirms what those who believe in God have always known. “We hold these truths to be self-evident, that all men are created equal, that they are endowed by their Creator with certain unalienable Rights, that among these are Life…” We have human rights because we are made in our Creator’s image and likeness, which is why parents, unlike animals, have a moral obligation to protect and love our children, born and unborn.

Won’t Personhood Hurt Rape and Incest Victims? Consider the horror of abortion for incest. Cruelly, the abortion clinic typically covers up the crime of incest by sending the victim back home to her rapist. Even worse, they often send her home with her rapist, the very criminal who impregnated her and then brought her to Planned Parenthood. Abortion for incest emboldens a criminal to rape his young relative; helps him escape being caught; tempts him to repeat his crime; and is not compassionate because it kills a baby, fuels rape, and increases the woman’s suffering. Personhood for the unborn helps people understand that there are no hard cases when deciding to love a baby. You don’t kill a child because her father is a criminal. As documented by Live Action Film’s Lila Rose and by Life Dynamics’ Caught on Tape, abortion clinics in Colorado and nationwide routinely refuse to comply with mandatory reporting laws for suspected child rape.

What About the Life of the Mother? The personhood campaign cares as much for the mom as for the baby, so why no “life” exception? The doctor’s goal should be to save mom and the baby, if possible, but never to kill the mother to save the baby, nor to kill the child to save the mother. With a tubal pregnancy for example we cannot save the child and we must remove the embryo to save the mother. Sadly then the baby dies. Society’s attempt to justify killing the unborn leads to absurdities like the exception in the partial birth abortion ban. In reality, when a delivery is needed to save mom, the doctor shouldn’t stop caring for the mother just long enough to kill the baby.  The PBA ban itself has no authority to save a single child because the abortionist simply uses a variation of PBA or some other late-term technique to kill the baby. However, the very idea of delaying the saving of a mom in order to stop midway to kill the baby is such an obvious cruelty and deception that it exposes the hard-heartedness of those who argue for such exceptions. An “exception” is a euphemism for deliberately killing a baby. That’s why personhood is changing what it means to be pro-life. 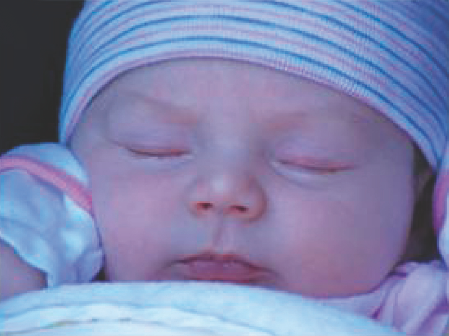 Every Snowflake: Love and law should protect every embryo, even frozen ones like he was…

Science, Right and Wrong: The laws of the physical sciences do not even use the words right and wrong. On the other hand, the laws of logic, justice and reason are not physical (they have no shape, no mass, no polarity, etc.) so there is a non-physical reality of justice and reason. So moral relativism does not have scientific support. And the humanist clichés that masquerade as science are easily rebutted:

Albert Einstein, in the book Out of My Later Years, wrote that, “Science can only ascertain what is, but not what should be,” necessarily excluding from its domain “value judgments of all kinds.” Thus science could not even prove that the Holocaust or slavery were wrong. Our understanding of right and wrong flows from the Creator who gave us the right to life!

Dred and Roe v. Wade: The failed approach for four decades to get the U.S. Supreme Court to right its own wrong and reverse Roe v. Wade is not surprising. Why not? Because the Justices have referred to their 150-year old pro-slavery Dred Scott decision 56 times without the court ever admitting to the illegitimacy of that ruling’s crime against millions of people. And ‘pro-life’ presidents say they ignore abortion when nominating judges, who serve for life. The court might not reverse itself for centuries. But Roe itself says that if “personhood is established, [abortion] collapses.” Yet some think it’s “the wrong time” because the Court is not ready to admit the illegitimacy of its abortion ruling. But after a war, a constitutional amendment, and abolition, the Supreme Court still has not acknowledged its illegitimacy for denying full personhood rights of black slaves. Abolitionist William Wilberforce would never have opposed those fighting for abolition and he urged the U.S. to fight to end, rather than to regulate, slavery. It’s never the wrong time to do the right thing.

Fetus Recognized as a Child from the Beginning: 3,500 years ago the Mosaic Law in the Bible recognized the unborn child as a person (AmericanRTL.org/Bible). 2,400 years ago the “father of medicine” wrote in the Hippocratic Oath, “I will not… cause an abortion.” Moms have always talked about the “baby” in their womb. And throughout history the child’s amazing development has been known through miscarriage (which is tragic but a natural death, as contrasted with abortion which is deliberate murder). And today 4D ultrasound shows for all to see what has always been known, the precious humanity of the child in the womb.  Abortion is wrong because it’s a baby; it’s always wrong to intentionally kill a baby.   So please vote YES on Personhood!

Find Out More: At C-SPAN.com you can find more answers to Planned Parenthood’s arguments against the unborn child. Just search for personhood amendment.

Talking Points Artwork: Colorado's 2010 personhood campaign flyer (and in a camera-ready tri-fold) and for  Maryland personhood effort. ARTL would be honored to have one of our artists customize a Talking Points flier for your campaign or organization.