For the first Monday morning that Donald Trump woke up in the White House, the following full-page ad was delivered to his door in the Washington Times. Colorado Right To Life and American RTL urged Congress, the Supreme Court, and the new Trump administration to learn what is right and to do what is right, by the most innocent among us.

See the Trump ad in the context of the full edition of the Times, or see just click this tear sheet, or see the full text below.

See pro and con reactions to, "IF THERE IS NO GOD, President Trump..." on this CRTL page.

IF THERE IS NO GOD
President Trump, your abortion policy is fine.

But God exists. So your abortion policy is wrong.

Life of the Baby: We implore you to consider that on Judgment Day, God will take personally the intentional killing of every child. What this means for you is that on that day, with your own eyes President Trump, you will see each child killed under your abortion policy, every one of those boys and girls. What earthly historians write of your legacy will mean nothing compared to your eternal legacy, the one that you yourself are writing, and that God will read back to you. (The Bible you used to take your oath of office teaches this. See for example Revelation 20:12.)

Life of the Mother: A doctor's goal should never be to kill the mom to save the baby, nor to kill the child to save the mother. If a doctor can only save the mother and not the child also, that is a tragedy, but it is not criminal, unless the child is intentionally killed. When you've said that you have "exceptions", realize that "exception" means a child that you support killing. Unintentional, unavoidable, and accidental death is not the same as intentional killing. A physician should never postpone efforts to save the mother in order to take time out to kill the child, which is what George W. Bush supported with the absurd partial-birth abortion "exception". (American Right To Life further explains all this. Just Google: life of the mother, and you will find their article ranked #1.) 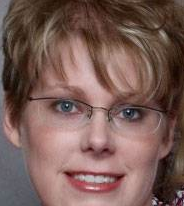 Rape and Incest: It is wrong to kill a baby for the crime of his father. And we must never do wrong hoping that good might come of it (Romans 3:8). That always backfires. For example, abortion for incest is cruel. Planned Parenthood and other abortion clinics cover up the crime of incest. Typically, they send the victim back home to her rapist. Even worse, they often send her home with her rapist, the same criminal who brought her to the clinic. Abortion for incest emboldens a criminal to rape his young relative, helps him escape being caught, tempts him to repeat his crime, and is not compassionate because it kills a baby and increases the mother's suffering. Kristi Hofferber, pictured at right, shares her real life case about her own father/grandfather. "The incest was published in 1991 when my biological mother prosecuted her father, for not only the one pregnancy resulting in my birth and adoption, but also for six other pregnancies resulting in five abortions, and one forced miscarry by her father." (See AmericanRTL.org/rape-and-incest to understand that the decision to not kill a baby is never a “hard case".)

Republican Party Abortion Legacy: Seeing ultrasounds of your children and grandchildren in the womb hasn't yet convinced you President Trump that every child should be protected by love and by law. So we are at a loss for how to help you. But for the sake of what is now our "First Family", we are trying. How might you extend the Republican abortion legacy? So far:

You have exploded "politics as usual". Where will you now bring this Republican legacy? For example, George W. Bush gave billions to Planned Parenthood even though for four years he had a historic trifecta of Republican control of 1) the Executive Branch, 2) of the House and Senate, and 3) even of the so-called Supreme Court. You will have the same power President Trump, but will be a far greater leader, if you stop the killing.

The Worst of Regulations: Regulations are strangling American business but abortion regulations strangle children. It is grotesquely immoral to reduce a child's God-given right to life to a second-tier negotiable issue, as is done with every well-intentioned but misguided abortion "regulation". All abortion regulations, like wait 24 hours; get informed consent; anesthetize the fetus, end with, "and then you can kill the baby." Therefore they would keep abortion legal even if Roe v. Wade were merely overturned because they re-authorize the killing. Regulations not only backfire by making abortion seem more humane, they are immoral. (Please see AmericanRTL.org/abortion-regulations.)

These Graphics Illustrate the Absurdity of Regulating Abortion

President Trump, you have made it clear that ISIS is evil and needs to be stopped, not contained. Those who regulate child killing are as misguided and wrong as those who would be satisfied with containing rather than defeating ISIS. (See AmericanRTL.org/isis.)

"States Rights" Don't Include Killing Kids: Libertarians beginning with Ron Paul have infected the Republican Party with the abortion states' rights position which is as immoral as the Roe opinion itself. The federal government has no authority to decriminalize child killing and neither do the states. So God will hold you accountable also for the kids killed by your judicial policy. Beware. The justice whom you said was your model, Antonin Scalia, tragically said, "I will strike down... a law that is the opposite of Roe v. Wade. ... One [side] wants no state to be able to prohibit abortion and the other one wants every state to have to prohibit abortion, and they're both wrong." God is right. Scalia was wrong. (Please see AmericanRTL.org/states-rights.)

They Gave You "No Chance" Either: Today seven states, Alaska, Florida, Idaho, Indiana, Ohio, Texas, and Wisconsin, have proposed legislation or petition drives underway to protect every child. In our state of Colorado the vote to recognize each child as a person grew from 2008 to 2010 to 2014 from a 27% 3-to-1 defeat (Amendment 48), to 29% (Amendment 62), to 35% (Amendment 67). From 3-to-1 to 2-to-1, even liberal Colorado's margins of loss are narrowing. Other states including Mississippi (2011, 42%, Amendment 26) have come closer, while fighting the opposition of old guard Republican "pro-lifers". Please President Trump, help us fight to protect every child! Many politicians and Christian leaders who advocated regulating slavery were respected. Those who fought to abolish slavery were despised. Yet, the abolitionists were right. And they won. (Please see AmericanRTL.org/slavery.)

How Does the Bible Refer to the Fetus? The Scriptures refer to the baby in the womb as a child.

Why is Abortion Wrong? Abortion is wrong because it's a baby and it's always wrong to intentionally kill a baby. That is only because children are made in God's image and He said, "Do not kill the innocent."